As buzz grows about our sesquicentennial in 2017, the National Capital Commission wants us to place our sites on the bicentennial. In December the NCC released a call to the public to submit seventeen ideas for the “major milestone projects” for 2067. 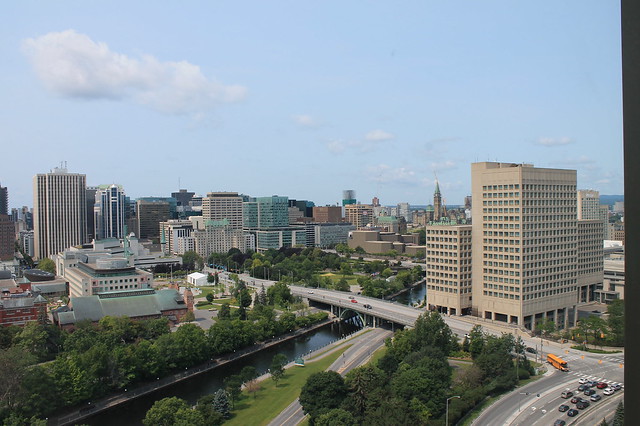 It is a difficult task in the shadow of the monumental legend of 1967. The family trip to Expo 67 is one of my mother’s favourite childhood stories. Even as new immigrants to Canada, the Centennial infiltrated family lore on my father’s side as well. It seems the whole generation remembers and is attached to Expo and the Centennial projects that stretched across the country.

I planned to offer a full list of seventeen but just seven turned into an ordeal. I have tried to offer a mix of guiding principles and specific ideas. Many build on and continue to develop the strong vision the NCC has struggled to implement since the last centennial. They are a combination of architecture, infrastructure, landscapes, cultural, practical and ideological projects.

I cannot say that in fifty-one years I will believe in the following ideas. I hope they contribute to the discussion about what direction to move forward on over the next fifty-one years.

With the decline of industry and rise of personal cars, Greber had a strong case for moving the train terminal out of downtown in his 1950 plan. Though cars still rule, we are finally starting to acknowledge that that needs to change and soon. Forget driverless cars and more highway lanes as the future. Canada needs to invest in affordable, accessible, environmentally sound, and convenient rapid public inter-city transportation.

Investment in inter-city transportation and the cooperation required between multiple regions would be a project that physically and symbolically reinforces connections across the country. It presents a significant opportunity to express itself locally in the architecture of its stations. Rather than a single grand central terminal, a network of stations—perhaps tapping into and extending the LRT—would better serve and represent the National Capital as a region and not just its emblematic core.

Though parkways represent the twentieth-century love affair with the car—a legacy we want to distance ourselves from—the heritage movement in Canada has recognized the historic significance of other past transportation networks even after they have outlived their peak demand. The Rideau Canal was redesigned and repurposed from an industrial shipping route into recreational landscape, not only preserving but celebrating its role in shaping Ottawa.

A similar opportunity exists to reimagine the SJAM and network of parkways throughout the region. As some LRT proposals have suggested, the SJAM corridor would be well suited to accommodate alternative transportation, both inner and inter-city. The way it follows the Ottawa River presents an opportunity to develop public access to the water not just by further developing the existing recreational Multi-User-Path, but also connections to the local neighbourhoods and businesses.

Despite its UNESCO world heritage designation, it would be a mistake to think of the Rideau Canal as a history set in stone. The Rideau Canal’s heritage is one that changed the city and one that changed with the city. The transformation of the canal into a recreational landscape was a thoughtful and smart move not only in order to preserve its history, but because it made use of existing infrastructure to add something new to the city.

We should continue to adapt the canal to enable new uses and opportunities. It is endangered of becoming little more than a postcard (or selfie) photo-op. Increasing pedestrian and cycling access to and across the canal as well as offering destinations (both commercial and public) along its length would reintegrate the canal as a functional transportation network through the city.

It is hard to know how the neighbourhood would have developed had it not been cleared. While the popular sentiment is to imagine it as a quaint old quirky ‘hood we see in archival photos, there is the likely scenario that it would have been eaten away at by private developers. Despite the devastating actions of the past, the strength of the NCC plan is recognizing LeBreton as an important piece of land with significant potential that deserves careful consideration and should be protected to ensure thoughtful development.

We should be just as cautious about quick action to fill the space as we should have been about clearing it. This land presents an opportunity for the NCC to make a statement about our values and aspirations beyond the conventional construction of museums, monuments, and grand federal institutions. LeBreton could be an opportunity to offer a model for development that addresses problems that affect people across Canada: affordable housing, access to public amenities and services, health and welfare, economic and environmental sustainability, and just negotiation between the needs of local, immigrant, and aboriginal populations.

The project of the first Centennial had a very clear aim of uniting a large nation and often relied on a simple and powerful message of “we are one”. Heritage was defined as the official history we want to celebrate. It was an important message post-war for a multicultural country but it has also been problematic. The time has come to start reincorporating the differences and the conflicts in the official narrative. Our past desire to celebrate history has often meant excluding the reality of more troubled parts.

A major project should be uncovering these past histories and addressing their impact on present realities. This shift in approach has important impact on what projects are built but also how they are built. Canada’s second Centennial should aim to reflect this more nuanced heritage but maintain the optimism of the first Centennial that our heritage has the power to represent who we are and help us develop who we want to become.

Here again we are faced with what has become a very cemented idea of heritage. It is perhaps a testimony to the strength of cultural programs, investment, and initiatives of the 60s and 70s that aimed to establish Canadian identity in arts and culture. Many of the great Canadian icons come from that era. While it is a big project to conserve and propagate that heritage, it is equally important to continue production, to continue the tradition of public funding for the arts.

Art and culture not only produce the artifacts for future generations to look back upon, to leave a trace of ourselves. They make the present richer as it challenges us to see our own world and ourselves, and creates opportunities to engage with our communities with something that connects us in meaningful and sometimes superficial but enjoyable ways. We should continue to invest in and celebrate art and culture.

Big capital projects always bring more attention and fanfare. They are tangible in a way that leaves a visible mark on our environment that we can point to. But big architecture and infrastructure projects are not enough to create community or liveable, vibrant cities. This was one of the shortcomings of many modernist projects. They too easily assumed if you built a beautiful rational city, it will be a great city. But some of the truly great successes of the NCC have been its civic programs.

Perhaps my favourite is Sunday Bikedays. It offers a fun weekly activity throughout the summer and it shows how the base infrastructure of the city is actually very flexible to multiple uses at different times. Though Winterlude and Canada Day celebrations no longer fall under NCC mandate, both owe much of their traditions to NCC plans, infrastructure, and past organization. The Urban Capitalism Lab is a welcome addition to the NCC programs. It educates and engages the public in discussions about their city, its future and its past.

Obviously bicentennial celebrations will be a big part of the programming, but the NCC has several year-to-year programs it should continue to develop and to look to as models for introducing more.

You can submit your ideas to “build an inspiring capital” to the National Capital Commission through their website http://www.ncc-ccn.gc.ca/planning/plan-canadas-capital#pfcc-submit